Welcome to the Blog Tour for The Decorating Club by Susan M. Meyers, hosted by JustRead Publicity Tours! 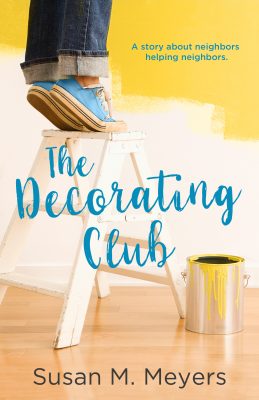 The Decorating Club shares the story of what happens when a group of women come together to help each other redesign their homes. In the process, they support each other through some of the challenges encountered by women today. While the primary focus is on identifying the best purpose and theme for each room they soon find themselves faced with the need to help one another determine life’s next chapter. The Decorating Club was inspired by true-life experiences with real neighbors and the friendship they shared.

This is a beautiful story of being your sisters keeper. Of women helping other women. How they worked together to help each other decorate their homes, learn more about each other and push each other to follow their dreams. It also gives the reader some fundamental ideas about decorating.
There’s beauty and there’s growth through the whole story.
It was a fun and enjoyable read.
I received a complimentary copy of this book from the author. All opinions expressed are solely mine 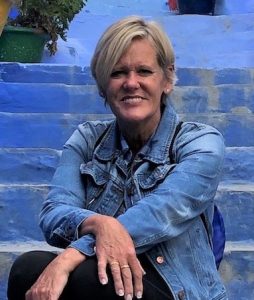 Susan Meyers is an optimist who believes the world would be better served if everyone were more aligned with their greater purpose. The challenge as she sees it is not only to serve one’s purpose but also to adapt as it changes from time to time.

While Susan has worn many hats throughout her life, serving as CEO of her children’s business, 3 Sisters and a Brother, LLC is the role of which she is most proud. It began in the family’s basement when they were just 12, 12, 10, and 7 and soon expanded into two storefronts; within less than eight years, it became a well-known brand in the local community.

As time passed and each of the children began to take flight, Susan and her family made the decision to close the business. With each of her four children off pursuing their own individualized dreams and careers, Susan had to deal with a new title; unemployed CEO; as well as the closed doors that it represented for her more personally.

Finding herself questioning her own purpose and determined to regain it, Susan invested her time looking for answers. It soon became clear that none of the information she found talked to her concerns or even spoke the same language.

Eventually, Susan was reminded of what she already knew and in the hope of helping others facing similar challenges, was moved to write The Decorating Club.

Today, Susan makes her home with her husband and youngest daughter in Fairfield, CT. For more information, visit www.susanmmeyersauthor.com. 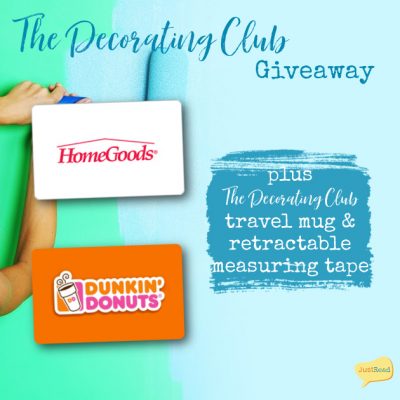 Full tour schedule linked below. Giveaway began at midnight August 17, 2021 and will last through 11:59 PM EST on August 24, 2021. Winner will be notified within 2 weeks of close of the giveaway and given 48 hours to respond or risk forfeiture of prize. US only. Void where prohibited by law or logistics.

2 thoughts on “The Decorating Club by Susan Meyers. Blog Tour, Review and Giveaway.”