Welcome to the Blog + Review Tour for Heirlooms by Sandra Byrd, hosted by JustRead Publicity Tours! 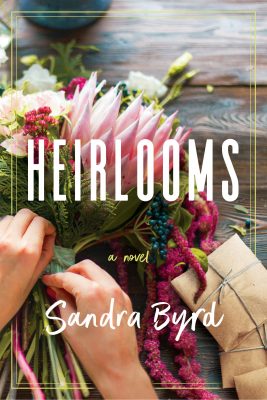 Answering a woman’s desperate call for help, young Navy widow Helen Devries opens her Whidbey Island home as a refuge to Choi Eunhee. As they bond over common losses and a delicate, potentially devastating secret, their friendship spans the remainder of their lives.

After losing her mother, Cassidy Quinn spent her childhood summers with her gran, Helen, at her farmhouse. Nourished by her grandmother’s love and encouragement, Cassidy discovers a passion that she hopes will bloom into a career. But after Helen passes, Cassidy learns that her home and garden have fallen into serious disrepair. Worse, a looming tax debt threatens her inheritance. Facing the loss of her legacy and in need of allies and ideas, Cassidy reaches out to Nick, her former love, despite the complicated emotions brought by having him back in her life.

Cassidy inherits not only the family home but a task, spoken with her grandmother’s final breaths: ask Grace Kim—Eunhee’s granddaughter—to help sort through the contents of the locked hope chest in the attic. As she and Grace dig into the past, they unearth their grandmothers’ long-held secret and more. Each startling revelation reshapes their understanding of their grandmothers and ultimately inspires the courage to take risks and make changes to own their lives.

Set in both modern-day and midcentury Whidbey Island, Washington, this dual-narrative story of four women—grandmothers and granddaughters—intertwines across generations to explore the secrets we keep, the love we pass down, and the heirlooms we inherit from a well-lived life.

EXCERPT
Helen Devries carefully removed her nurse’s cap, fluffing her platinum backcombed bouffant, crackling the Aqua Net lacquering it in place. On the television in the back of the living room, Elvis offered a flirty smile and almost-wink as he was measured for his uniform.
“You’re in the Army now, young man. Good for you. I hope serving your country won’t take your life.” She turned up the volume against the evening’s emptiness just before the phone startled awake, eclipsing the low hum of the TV.
She was rarely invited to the party line.
Two short rings and one long requested Johanna Jansen, the Dutch woman on the farm behind her. Four short bursts summoned the old man with the chickens whose cackles sounded like giggles or moans. Three short, one long reached out to her supervisor, Captain Adams, and his icy wife.
Two long rings, three short.
Helen hesitantly moved toward the phone. It sat upon a small table next to the window overlooking the unused canning shed, set in a field sleepy with wet weeds splayed against the ground like closed eyelashes. Licorice rope phone lines stretched toward the farmhouse. Four birds convened on the line, silhouetted by the outdoor lights she’d had installed for safety.
Two long rings, three short.
One bird cocked his head and looked directly at her. Are you going to answer?
Helen reached for the receiver. “Hello?”
“Hello. Is this Mrs. Helen Devries?” a lady’s voice queried, her tone undergirded by strain and slightly nasal, as if spoken by someone who’d been crying. “The wife of Lieutenant Bob Devries?”
“Yes, this is Mrs. Helen Devries.”
“I am sorry to bother you at this hour. I am Choi Eunhee. Wife of Chief James Roy.”
Helen shuffled through her memories. “Hello, Mrs. Roy. Am I right to think that your husband served with my husband?”
“Yes. In South Korea, where I am from and where we married. My husband told me that he served many years with your husband and that if I were ever in trouble, I should contact him, as he would help me.”
Helen’s fatigue lifted and the sound of the news in the background faded. “Are you in trouble?”
“Yes.”
Helen steadied herself. “I’m honored that Chief Roy thinks so highly of my husband. But my husband can’t help you. He was killed two years ago.”
“My husband is also dead.” Silence bled into the white space of the moment, and then she continued, “They whisper that I helped kill him. That I might help kill them, too.”
A gasp wheezed across the party line. Helen lit a cigarette to calm herself. After inhaling and then resting it on a hammered silver ashtray, she said, “Our phones out here are all on party lines. There is the possibility that others are listening.”
“Ah. I see.” Distress colored Mrs. Roy’s voice.
A moment elapsed before Helen spoke again. “How can I help?” Bob would want her to help the wife of his old friend and comrade.
“Could we speak in private?”
Helen nudged the cigarette and a long pencil of ash fell freely into the tray before she put the hotter, shortened smoke to her lips. She could certainly offer advice, comfort, and occasional companionship as the widow made her way through the system. Maybe Helen would invite her for coffee and to chat once in a while until Mrs. Roy left the base for good, as most widows did.
Unless Choi Eunhee was detained, of course, for involvement in her husband’s death.
“Yes, we can do that. I’ll help, however I can.” Even as she said it, Helen sensed she’d committed to something far deeper than coffee and companionship.
Mrs. Roy told her where she was currently living—on base, in a tiny compound with other enlisted personnel and their wives with little privacy and no car—so they agreed Helen would pick her up the next day and bring her to her home.
After Mrs. Roy hung up, Helen stayed on the line for a moment, listening. A baby cried. A rough male voice barked, “Foreigners!” followed by an abrupt click. A third line was set down gently, as if to deceive.
As Helen set the heavy receiver atop the black rotary dial and looked out of the window, the last bird lifted from the licorice line and flew into the night. 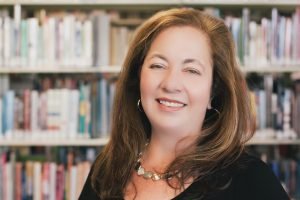 Sandra loves walking, the beach, cooking and baking, photography, watching Escape to the Country, Fake or Fortune, and Chef’s Table, as well as spending time with family and friends – real and fictional!

(1) winner will receive a King Arthur Cinnamon Roll Kit, including the heavy-gauge pan, plus a $25 Starbucks card! 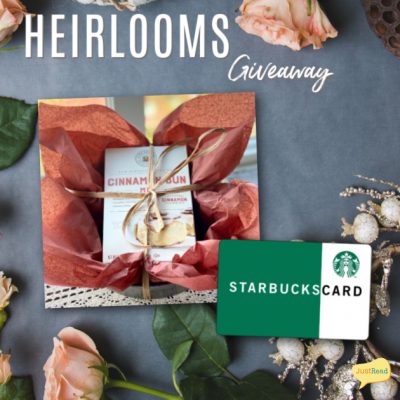 Be sure to check out each stop on the tour for more chances to win. Full tour schedule linked below. Giveaway began at midnight July 5, 2022 and lasts through 11:59 PM EST on July 12, 2022. US only. Winner will be notified within 2 weeks of close of the giveaway and given 48 hours to respond or risk forfeiture of prize. Void where prohibited by law or logistics.

3 thoughts on “Heirlooms by Sandra Byrd. Spotlight & Excerpt and Giveaway”